Remember the dulcet, gurgling tones of a 56K modem connecting over your phone line?

I can’t think of a more evocative sound from my early online adventures.

Apart from an angry parent shouting “JAMESSSSSS! I NEED TO USE THE PHONEEEEEEE” from downstairs.

I’d graduated from Microsoft Frontpage. Macromedia Fireworks and Dreamweaver were my new toys, but I needed a reason to use them.

So I dreamt up a concept for my first website:

"Ever wondered what someone on the other side of the world looks like when they squash their face onto a scanner? Now's your chance to find out - Headscan brings hilarious images from across the globe direct to your desktop. Send us your picture and we will add it to the Scan Gallery, along with a dot marking you out on the map, and a link to your website".

By August 2000, Headscan had clocked up 14,000 hits and was receiving around 15 submissions a month. 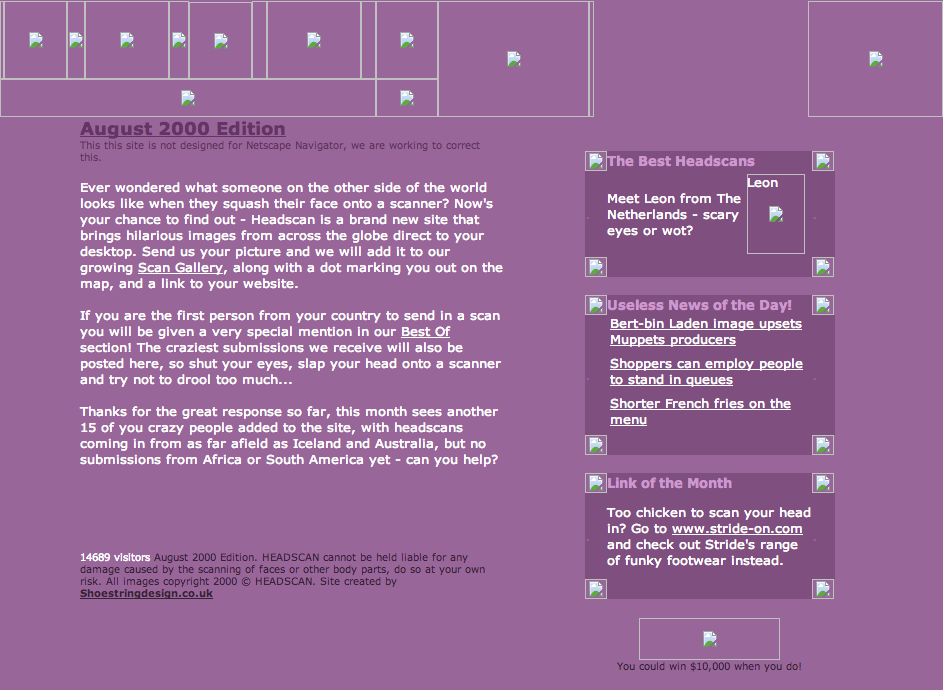 My Hotmail inbox filled up with the names of exotic places.

I made a prophetic declaration on my fledgling web-design portfolio:

"Thousands and thousands of new sites are launched every day. In ten years time nearly every business in Britain will be using the world wide web."

Hot damn, I was right!

But updating Headscan’s static HTML was increasingly time-consuming. It would be another 4 years before I learnt PHP and mySQL, thanks to Wordpress.

I looked up the location of each submission in a printed atlas, then placed it by hand as a dot on the appropriate map. You’ll need to trust me on this, as the Wayback Machine is the only record of Headscan I have — an imageless ghost of what was my digital pride and joy.

Wow! Someone on the other side of the world has heard about me!

(No MySpace, Facebook or Twitter remember. I guess people just emailed links to each other. Or went on forums. I even read the newspaper to find new sites).

D’oh! The marker dot is obliterating New Zealand on my map.

So I made a new map to house Majik in Lower Hutt and laboriously linked up the other locations.

I was now studying graphics in Glasgow and had more pressing needs. Like earning extra cash to fund my social life and get drunk enough to think I could dance.

But I didn’t own a computer. So I borrowed my flatmate’s beige PC and once a week stayed up until dawn, cajoling pixels into place. I was hooked.

I stopped updating Headscan, and began cold-emailing businesses in the phone book that didn’t have a website, offering to build one for £100. A car-hire company was the first to take up my offer. But that’s a story for another day.

The only Headscan I can find online. I have a hunch this guy was from the Netherlands.

What did I learn from building my first website? 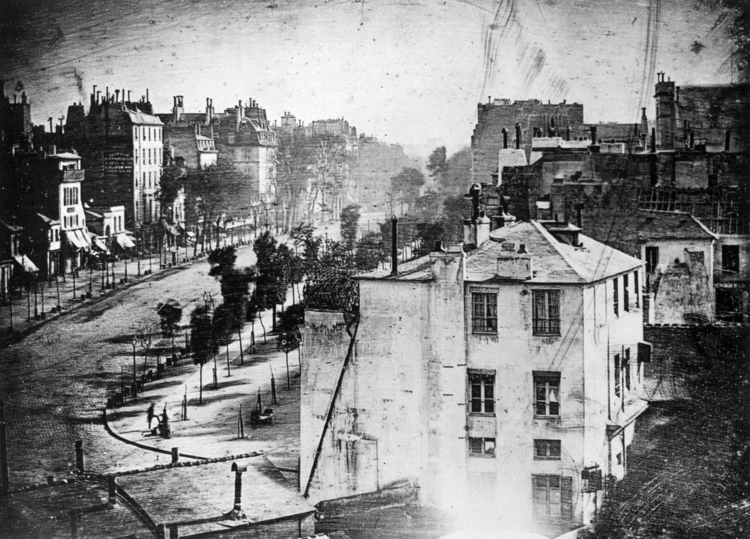 “Boulevard du Temple”, a daguerreotype made by Louis Daguerre in 1838, which is generally accepted as the earliest photograph of people