When I was fresh out of art school and recovered from the shock that people weren’t physically lining up to employ me at my degree show, I went on the prowl for jobs in London. 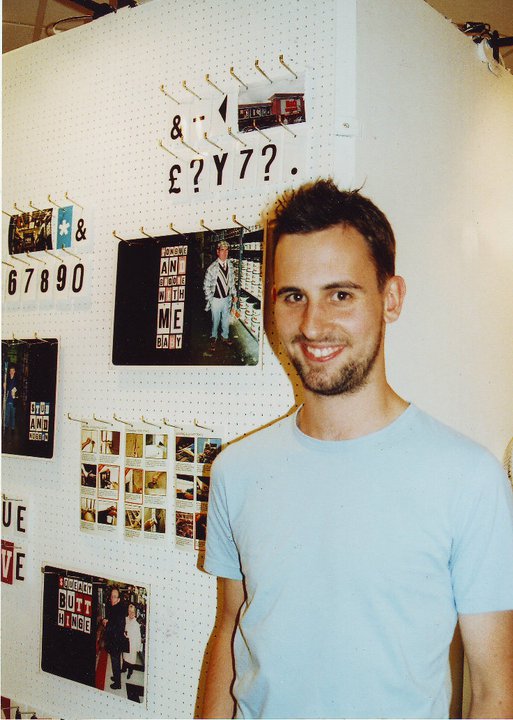 Fresh faced and stupid. Standing next to my graduation show back in 2003.

One of the design studios near the top of my hitlist was Me Company. They made cool stuff for musicians like Bjork. Everything from the first Sugar Cubes single to designing the packaging for her groundbreaking ‘Homogenic’ album. 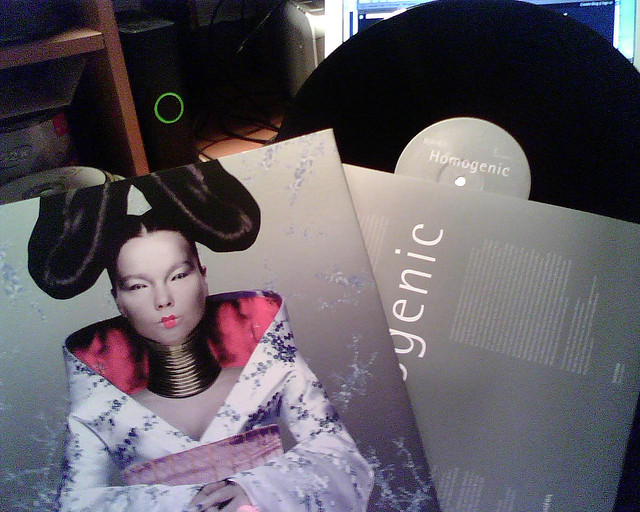 I emailed Me Company a link to my portfolio and wangled an interview. I was almost half an hour late because London still confused the hell out of me and they were based in a weird residential part of Camden. But it went ok and I somehow landed an offer of an internship. They weren’t sure exactly what I was going to do, but they liked my work and thought they could carve out a little James-shaped hole in the studio for me. (I wouldn’t really have worked on anything for Bjork of course but I needed a catchy headline for this article ok?)

Of course this being a design studio internship, there was no money involved.

I turned it down.

And then I hauled my sorry ass back north to Glasgow and carried on pretending to be self-employed but actually doing fuck all for another couple of months.

I lived in a rundown flat with some mates in the same situation. It was a lot of fun but quite often I came home to find one of the guys sitting in his pants at 4pm playing video games.

One day the shower broke so we used a bucket to wash with for a week and when the landlord came to fix it (on his own, because he was too cheap to hire someone qualified to do the job) he nearly got himself electrocuted.

Another time I suggested we dress up in suits and go on a faux business lunch, you know, just so we could pretend to be at least mediocre achievers. By early afternoon our cover was blown because we were in a pub, word-slurringly drunk. I got pissed enough to ask the cute barmaid for her number, but also pissed enough to lose it straight away, and then ask her for it again. Next morning I did the hungover-pocket-emptying thing and found two bits of paper with her number on. We went on a single date and never spoke again.

So as you can see, being unemployed in Glasgow was much, much, much better than living in London and making cool 3D shit for musicians and Japanese robot manufacturers (another client that Me Company had on their roster further down the line).

Eventually I found a job in Glasgow and ended up designing adverts for hotel restaurants and overseeing bowel cancer awareness campaigns. Really. My first photoshoot involved old people sitting on toilets with their trousers down. Luckily the studio grew into something bigger and better and I worked with some really talented designers over the next five years.

Whichever way you look at it, I’d been holed up in the cosy womb of the city’s West End for nearly ten years if you included my student days, and needed a change.

You’d have thought that this time I’d have learnt my lesson.

After due diligence, two job possibilities presented themselves: one in London working (again) as a digital designer, the other in Berlin working for a software company called Ableton who make programs for DJs and electronic musicians.

Now both Berlin and minimal techno were obsessions for me at the time. So needless to say the thought of working for a company on the inside of the scene was pretty exciting.

I drew a line down a piece of paper, headed one side “London” and the other “Berlin”, and made a list of pros and cons. Probably the scariest thing about Berlin for me was the prospect of having to learn a little German. The company themselves actually spoke English as a first language so in reality this wasn’t really a huge problem. The second issue was of course not knowing anyone in Germany.

Guess what, I chickened out, again.

I took the easy option. Gave up chasing the job in Berlin and moved to London, where many of my creative friends from Glasgow had already decamped.

Now, looking back a decade later, I wish I had been more dynamic. Pushed myself a little. Tested my mettle. I don’t even know if I have any mettle back then.

If Berlin hadn’t work out for me, I could easily have moved back to the UK and tried something else. Nothing lasts for ever after all.

I was going to end with those two words but it seems unnecessarily narcissistic.

A nurse called Bronnie Ware compiled some evidence which my younger self could have done with. She recorded the most common regrets of patients under her care as they approached death, and came up with this list — The Top 5 Regrets of the Dying.

(Is it bad that I’m imagining this as a chart show style countdown? I think so, but I’m still going to put them into reverse order, and you can imagine the presenter excitedly reeling them off, if you like…)

Now, I’m not old enough to know for sure what my top five regrets will be.

But I wish I had worked as an intern for a design studio that made cool shit for musicians like Bjork and Japanese robot manufacturers.

I wish that I had gone and worked for minimal techno DJs in Berlin.

I wish that reading this might help you find the courage to do something which otherwise will be nothing more than an electrical impulse firing in your brain a decade later to create a stomach-crunching pang of regret.

« Thirteen variations on less. I keep falling off the edge of conversations »