Other people’s opinion of you are none of your business

It’s early morning as I write, and I can hear bird song in the garden outside.

Last night I was listening to a different kind of music with my Dad at the Royal Albert Hall, an incredible Victorian concert hall which somehow after five years of living in London I’d not yet visited.

We were there to see composer Max Richter performing his ‘remix’ of one of the masterpieces in classical music; Vivaldi’s Four Seasons.

I knew it was going to be special because the opening movement — a chorus of violins over a slowly swelling lower section — made the back of my neck go funny.

It’s a mesmerising composition that places tricks with your ears as overly familiar sequences of notes are reconfigured into new melodies, like “throwing molecules of the original Vivaldi into a test tube with a bunch of other things, and waiting for an explosion”. 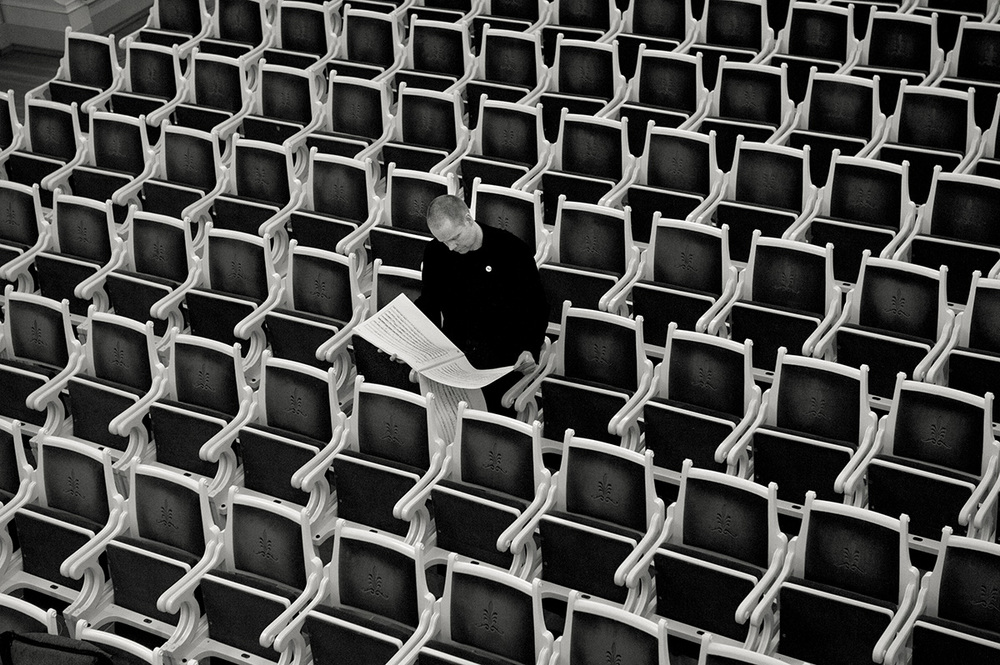 My dad is essentially an expert in the classical genre compared to me (he plays the piano to a very high standard and sings in choirs) so I was sneaking sideways glances to gauge his reaction. But he didn’t seem overly impressed.

At the interval — after an encore demanded by a rapturous crowd — I found out why:

“String instruments shouldn’t be amplified, they sound terrible like that… the musicians didn’t have enough to do… why was Richter on stage to press a few notes on his keyboard?”

In the second half of the concert we heard a live performance of The Blue Notebooks, a mixture of classical and electronic parts, overlaid with readings from Kafka and Czesław Miłosz.

This is the album that first got me interested in Max Richter, so as the music came to a close I was almost dreading my dad’s final verdict.

But then we were separated for a few minutes whilst I caught up with a friend from Glasgow who I’d bumped in to, and by the time I’d made my way back to the entrance to find him, there was a queue forming.

For a second I wasn’t sure why. The music was over. Time to go home surely?

Then I realised that people were lining up to get their programmes and cds autographed. And the queue was so big that it was already snaking outside the building into the night.

But let’s imagine that Max Richter had listened not to his fans, but to his critics, and my Dad:

“He just doesn’t seem sure of what he’s doing. I think he needs further development. Other people are doing it better.”

Richter wouldn’t have found the balls to break the rules and attempt a re-imagination of one of classical music’s most famous pieces (and pulled it off).

He wouldn’t be playing to packed crowds (the Royal Albert Hall has a seated capacity approaching 4,000).

And he wouldn’t have become one of the most influential composers in contemporary music (writing for stage, opera, ballet and screen).

And so, with apologies Dad, if you’re reading this, I say this:

And the naysayers, the it’s-no-gooders and the disbelievers.

If you listen to other people’s opinion of what you’re doing, you won’t be able to create real art.

You won’t be able to push at the edges, until something breaks and you have to fix it into a new shape.

And you won’t please the people that matter — your true fans.

They want the real you, not a diluted version.

They want you to get up on stage and make music.

What are you going to play for them?

« Getting unstuck when you’re working on your own projects The accountability hacks I used to blog 30,000 words in 30 days, and what it taught me about writing »