Everything I know about Chinese food

I was sitting eating pot stickers in Chinatown on Sunday and suddenly realised I’d rather eat them over a traditional British roast dinner on any day of the week.

(I’m talking specifically about the crimped dumplings which are made fresh in the window of the Jen Cafe and then fried for you to dip into a salty, tangy mixture of soy sauce and vinegar. The rest of the food there doesn’t look so good so I always order exactly the same thing: fried dumplings and a jasmine tea.)

It’s taken me years to work out the origins of another Chinese comfort food, one which is something of a staple meal for the Greig family, and mysteriously known to us only as “ja ja mien”.

It turned out that a simple change to the spelling of the recipe was all I needed to help me discover its origins.

When I got hold of Fuchsia Dunlop’s (highly recommended) Sichuan Cookery book a couple of years back, I flicked through it at random to find myself looking at a recipe for “dan-dan noodles”.

It seemed to be along the same lines as my mum’s recipe.

The ingredients were all there: minced pork, cucumber, spring onion, a rich salty sauce, and noodles.

Considering my mum was a kid when she was in Asia I reckon they have to be one and the same thing.

“Dan dan noodles are the most famous Sichuanese street snack… originally sold by men who wandered the alleys of the city, carrying their stoves, noodles and secret-recipe sauces in baskets hanging from a bamboo shoulderpole (known as dan in Chinese) . Older people in Chengdu can remember the days when these vendors were a common sight, and their calls of ‘dan dan mian! dan dan mian!” rang out in every quarter of the city. The noodles were served in small portions in tiny bowls, just enough to ease the hunger of scholars working late or mah jong players gambling into the night.”

Doesn’t this sound like a great way to both deliver and eat food? (I’ve half a mind to start my own London take on it..).

These days, most of the time my mum refuses to eat at Chinese restaurants in the UK, preferring to cook her own food instead.

Her father, my grandfather, worked for the Hongkong and Shanghai Bank which meant she spent a good chunk of her childhood in the Far East. And her mother, my grandmother, was half Chinese. Which makes me 1/8th Chinese, and almost qualified to write something about Chinese food. 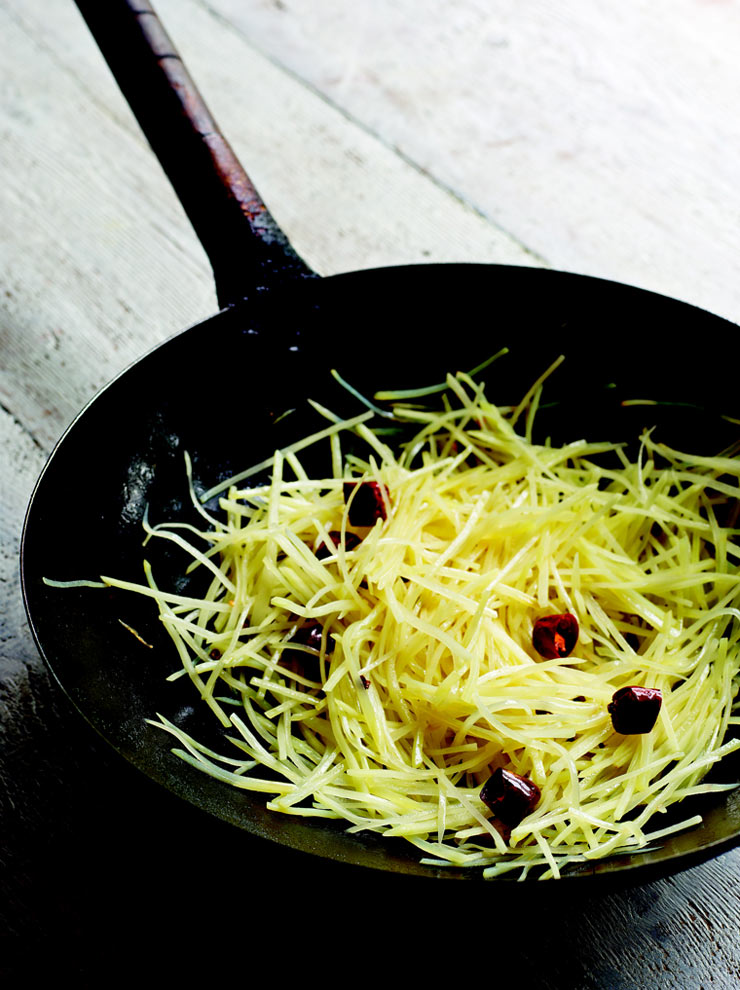 So here, for what it’s worth, is everything I know about Chinese food (short of posting my mum’s ja ja mien recipe, which I’m not sure I’m even allowed to).

Some of my statements may be wildly incorrect of course and thus any corrections or suggestions you may have are warmly welcomed.</p>

« Literally a shipment of fail dot com — how not to monetise a popular blog WordPress theming: tips and tricks for designers »