Trig points for the soul

When you climb a big hill in the Scottish Highlands, you’ll often find a waist-height concrete pillar waiting for you at the top, as well as the more-expected 360 degree view.

They’re called trig points, and in the days before satellites and GPS, they played a vital part in creating accurate maps of the UK.

(There are still 6,000 or so of them scattered around the highest parts of the country. And people now go around “bagging” trig points for fun, using nerdy websites where you can catalogue all of your efforts. Whatever floats your boat…)

What if we could find trig points for our life?

To find one, start with a journey to some place you can hear yourself think.

You need to put some distance on your usual way of thinking.

At the very least, a long walk, and a scramble up the side of your soul.

Better still, an overnight hike, through the mountains of memory, so that you’re camped alone, in the dark, with just your heartbeat for company.

Look back down and see where you’ve come from.

What’s locked up, yearning to get out?

Last week on Eigg I stood howling at the top of the hill, listening to my voice bouncing off the rocks opposite me. (Not because I was having an existential crisis at that moment, but because I hadn’t seen anyone for at least four hours, and I felt like it!).

Then, half an hour later, after scrambling around the back of the island onto a huge lump of rock called An Sgùrr, I found a trig point… 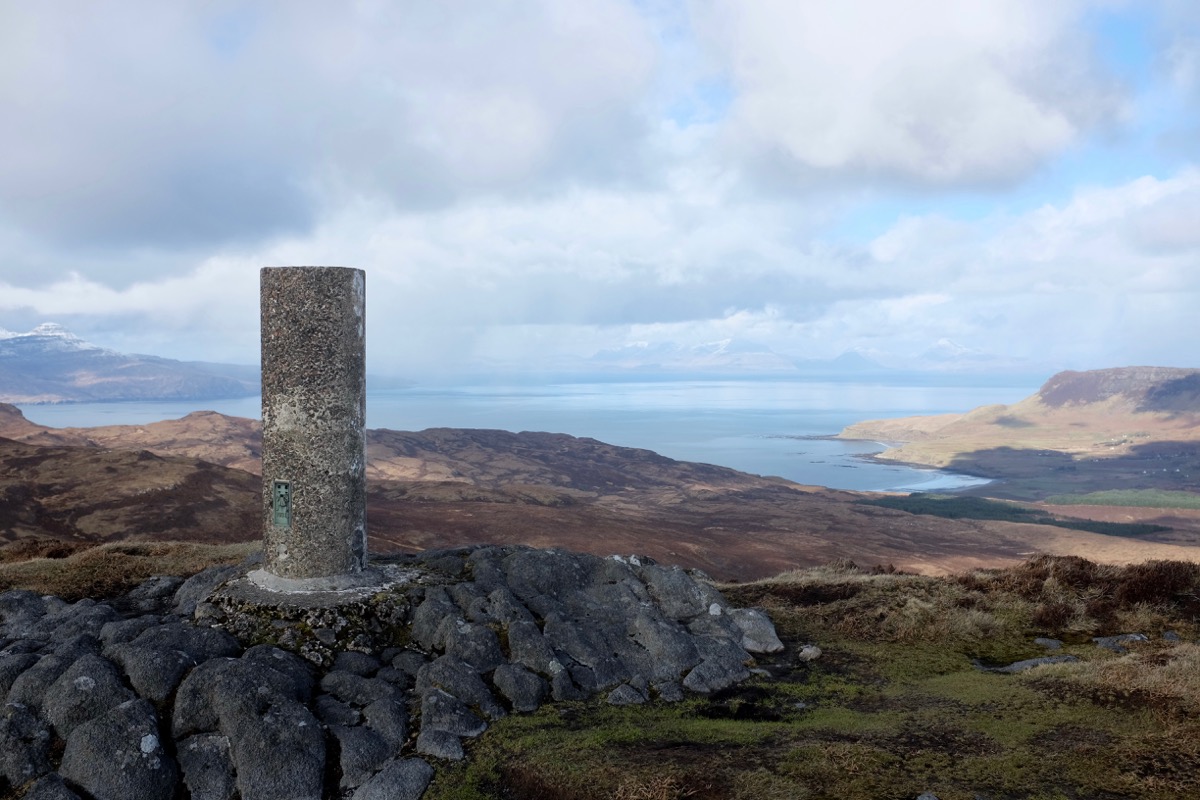 It was that thing of “You can’t connect the dots looking forward; you can only connect them looking backwards” but made visible—made tangible in fact—right in front of me, on an epic scale.

I realised how inconsequential most of the stuff I worry about is… and that one day I want to live up in the Highlands, looking out onto the sea. How that will play out from my life as a digital designer who’s connected to the internet 24/7, I have no idea. But it’s a start.

So if you’re feeling lost, consider going in search of a trig point for your soul.