The power of not thinking

Wake up. Roll over. Grab phone. Check emails. Check a load of other crap. Get up. Shower. Eat breakfast watching iPad. Cycle to work mulling over said emails. Stare at screen for eight hours… interrupted by brief period of eating whilst staring at screen by way of variation. Cycle home. Cook whilst listening to music. Eat whilst watching screen. Read (from a screen). Sleep. Repeat.

In an always-on world, it is harder than ever to disconnect, to go off-grid, to pause for a few minutes of respite.

The only respite comes when physical sensations override the mind, which for me is usually in the shower, on my bike, or whilst having sex. </span></p>

Your brain doesn't want to be unemployed

Your mind has a thirst for all this input . Without it, it’s out of a job. I guess that is why people find the internet so addictive.

But here’s the thing, you are not just “your mind”.

Yesterday whilst I was supposed to be working, I ended up thinking about wood grain.

It’s pretty common knowledge that variations in weather caused by the seasons create alternating rings of light and dark wood.

But if you trace that thought back to the cause of the seasons themselves (the tilt of the earth’s axis) and then back again to the cause of that tilt (most likely a meteor which smashed into Earth millions of years ago) it quickly becomes a bit of a mind fuck.

I don’t know about you, but fucking with my mind is not high on my list of desirable habits. 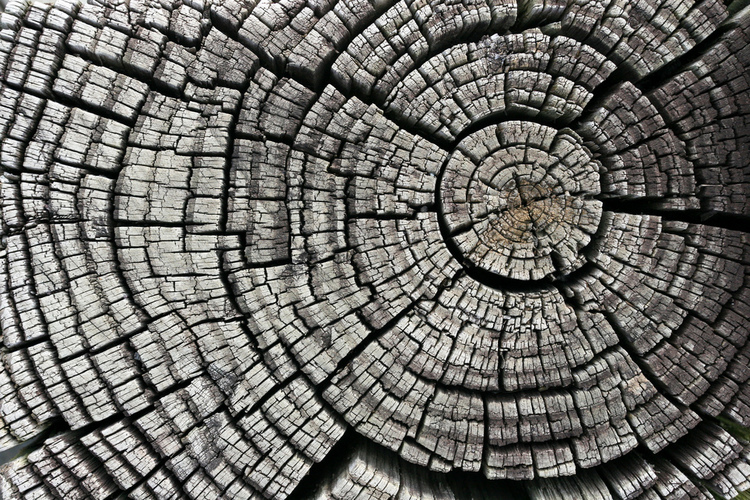 Imagine if instead, I had simply reached out to feel that wood grain with my fingers, allowing myself to experience it directly, to feel its texture under my fingers, instead of extrapolating backwards through the entire history of the entire fucking universe.

Anyway… a friend recently suggested to me that I was seeking answers to too many questions at once. Which is probably a fair comment. I’ll stop talking about wood grain now.

Breaking the flow of your mind stream

Sometimes I have a sudden sensation that my life is a computer game.

I feel as if I am outside my body, steering a temporarily inhabited character around a 3D simulation. (Which may be absolutely true, of course). Woaaaah. This. Is. Weird.

Then there is a rush and I am sucked back into my body again.

People forget that character is assumed. Your feelings and desires and behaviours are self-selected, not presets. You wake up in the morning and slip back into your body, pull on those old familiar character traits and habits as you do your clothes, and carry on being the person you’ve always been.

Without sounding overly simplistic: what if you didn’t?

I’m asking because I’ve just started reading Eckhart Tolle’s The Power of Now, a book which asserts the benefits of creating a gap in your mind-stream, and taking a break from who you think you are.

Making time to do nothing

This might sound a bit perverse, especially if you’re the kind of person who likes to keep ‘busy’.

Try allocating a little time to do nothing:

I can’t claim to be an expert on meditation (read or watch more by Eckhart Tolle if the concept of not-thinking interests you) but I think he’s onto something.

Listening to your thoughts creates an opportunity to stop your mind from feeding on them. ‘Mindfulness’, if you want to call it that, lets you take back the reigns from your mind, and stops it from controlling you around the clock.

The downtime that it creates is hugely beneficial for your noggin. Scientist still don’t understand what happens when the brain is idle, but it has to be an important process, otherwise why would we need so much sleep to function?

Computers have systems in place to extract the heat they generate and stop them from cooking themselves, and so could you. Through not-thinking, you can create your own virtual cooling system for the personal super computer that is your brain.

« From graphic design to adventure bags: an interview with Trakke founder Alec Farmer Announcing a writing challenge mashup: 30 days of writing x Teach everything you know »