Imagine that you found something you desperately wanted to be a part of, but it was happening on the other side of the world.

Would you sit at home getting in a funk, or head to where the action was happening?

Su Eld-Weaver didn’t feel quite right in her native East Midlands. She’d gotten seriously into competitive dog grooming but had quickly outgrown the UK scene and was itching to compete in the USA, where it’s big business.

How crazy is the USA about pets? Well, Americans spend around $50 billion a year on their pets, which is over twice the annual budget of NASA. There are now pet grooming diplomas, conferences, magazines… even pet grooming cafes. So Su travelled across the Atlantic with her poodle Dobby to mix it up with the big (and little) dogs at the Creative Grooming Competition held in Hershey, Pennsylvania each year.

In case you want to watch the full Extreme Dog Styling documentary, I won’t tell you what happened when Su got there. Suffice to say that her ‘Memoirs of a Geisha’ creation — which included a bonsai tree tail, a waterfall and an orange fish — caused more than a ripple across the pond. 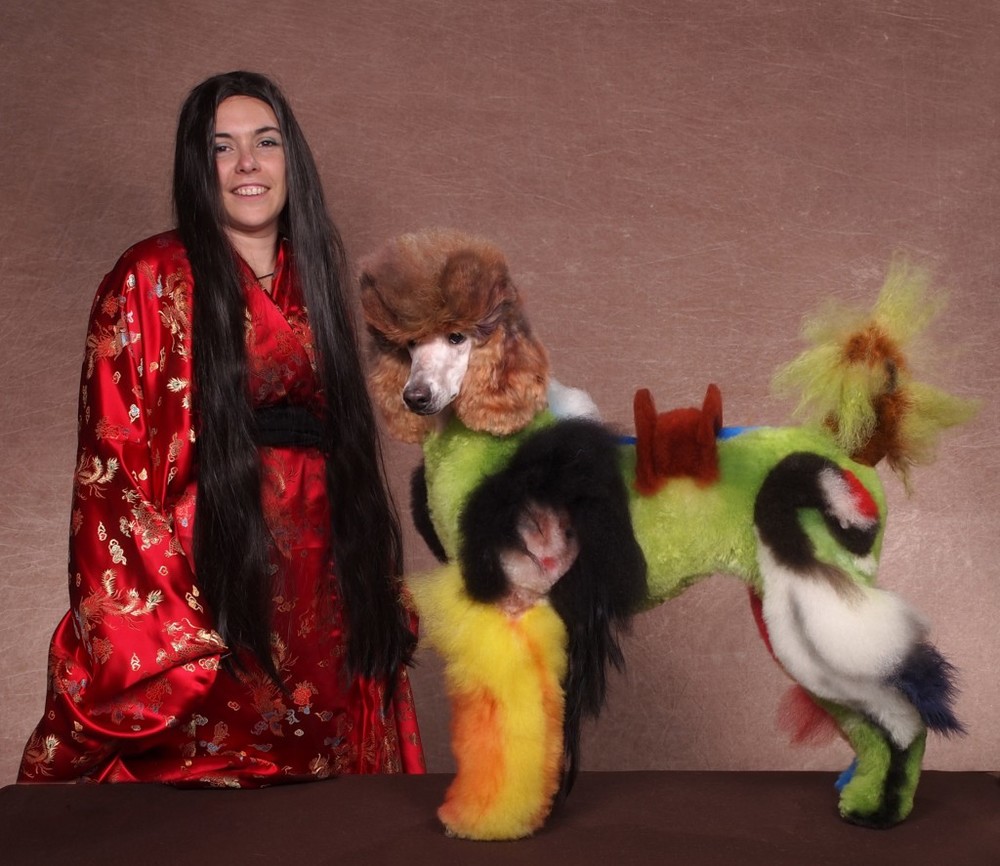 If you do any reading up on competitive pet grooming there are, naturally, plenty of internet trolls queuing up to cry ‘Animal cruelty!’.

As I was dipping into some of this unnecessary faux outrage, I came across an interesting comment:

Let's face it, even though this is a bit odd to most of us, it does showcase a tremendous amount of creativity and talent. Bottom line: if you don't favour this, then don't participate. If you do, then do the job with as much skill and creativity as you possibly can.

Did Su Eld-Weaver care that 99% of the population found her chosen artform a bit weird?

No sir! Which is smart, because other people’s opinion of you are none of your business.

She reached out to the 1%, the people who were just as crazy about dog grooming as she was, and showed them what she could do. And they loved it, as it turned out.

How to build your own scene

If there isn’t a scene out there for you already, like there was for Su in Pennsylvania, you still have an option.

It will take hard work — probably years of it — but you’ll be constructing a network that nourishes and amplifies everything you do:

You don't have to be weird, but you do need to be yourself

We live in a world where anyone can start a movement. Where you no longer need permission from the gatekeepers of old to publish a book or release an album. The top-down of mass industry and mass consumption is being replaced by bottom-up, by people clustering around the stuff that matters to them.

All of which means you can now afford to make things just for yourself. You don’t need to worry if the masses will like it, because it’s easier than ever to connect with people who share your way of seeing the world.

This blog got started when I fell out of love with being a graphic designer, and decided to write about it.

It was an angry spur-of-the-moment kind of thing, and I had no idea it would resonate with anyone… although it turned out there are lots of graphic designers and other creative folk out there feeling trapped by their jobs. But I could’t connect with them — and with you — until I stepped forward to voice my feelings.

The question isn’t what you have to say, it’s what can’t you not say?

What matters to you?

What’s burning you up inside?

My contribution to the freakonomy

If you’d told me two years ago that I had enough to say to fill a book, I would have laughed at you. The thing is, you don’t know what you’ve got to say until you start talking (or writing).

How to Reset Your Brain’s Operating System is a collection of my best essays from the past two years, wrapped up in a free ebook. If you’ve got an idea inside you that’s itching to get out, it might help.

« Just enough design 10 things that graphic designers get stuck with, and 10 books that can help »