The art of authenticity: meet the brands using storydoing to plug directly into their customer’s hearts

First things first: I’m in a hurry to get this article online before the concept of “storydoing” gets picked up by marketeers and bludgeoned to within an inch of its life as has been done to its older sibling “storytelling”.

Storytelling is almost a null and void concept these days, at least when it comes to PR and advertising.

Any old corporation can make up stories about themselves and then use advertising to hoodwink the public into believing they are true (or least, they used to be able to).

The American Dream — just a story.

Coke’s association with Christmas — just a story.
(which is fast approaching its 100th birthday).

“Diamonds are forever” — just a story.

What is storydoing and why is it different?

According to Red Bull Gives You a Business Strategy, the article that inspired me to write this post, to answer this question we must first consider how we go about telling stories:

When most people think about the word "story," they think about a narrative like “Jack and Jill went up the hill.” Most of us have been taught that there are two basic kinds of story: fiction and nonfiction. Metastory is actually a third kind of story.

The reason this is so important is that people are already innate storydoers themselves. They use the story of your brand or business to tell part of their own personal metastory. Put another way, people don’t buy products; they take actions that help advance their own personal metastory. As we grow up, all of us learn to manage our own metastory through our actions--the cars we drive, the clothes we wear. All of these choices are components that we know people around us will use to piece our metastory together.

So… not only can companies tell stories by doing things (rather than just talking about them) — their customers can (and want) to do likewise.

How Red Bull got started with storydoing

Red Bull started out on this path back in 1990s with their first Red Bull Flugtag airshow. These were a huge hit and have now held held in over 35 cities globally, attracting up to 300,000 spectators per event.

Of course they didn’t stopped there: Felx Baumgartner’s recording-breaking jump from the edge of space was the logical zenith in storydoing for a brand promising “to give you wings”.

Red Bull’s storydoing approach has allowed them to bypass the usual advertising routes and plug themselves straight into the hearts and minds of their customers.

What’s the best way to promote your skills as a maker of customer bikes? I’m not sure, but building a bike capable of reaching 100mph and then filming your attempt to reach that speed, the method chosen by framebuilder Tom Donhou to promote himself, seems like a pretty solid way to start.

I’ll admit it — I’m not really sure what TOMS Shoes look like. I haven’t bought any, not do I know anyone who has. But the concept behind the brand has been firmly lodged in my brain since the first time I heard it. Read Fast Company’s feature on “the staggering success” of Tom’s Shoes.

The thing that I love about this example of storydoing is that TOMS Shoes founder Blake Mycoski has hit on a refreshingly atypical model for a non non-profit:

His belief was that charities, as important as they are, were not helping to create sustainable change. What was needed were companies that were self-sustaining and doing the right thing. From his perspective, that’s how the really big dream, a truly sustainable global economy, could happen. 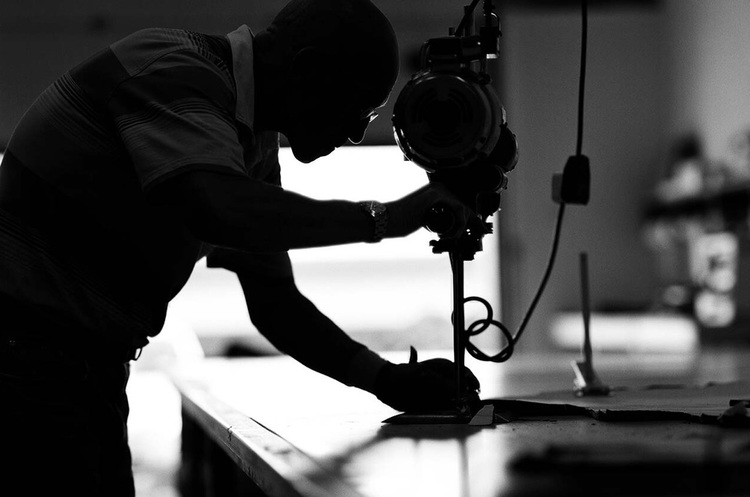 “Our town is going to make jeans again”
I am completely smitten with Hiut Denim despite never having purchased any of their jeans. How so?

Well, it was their unwavering commitment to “do one thing well” (make jeans) and to re-employ the highly skilled workers who used to make 35,000 pairs of ladies’ denims a week (for stores like Marks and Spencer) which originally caught my imagination.

But it doesn’t stop there because like Buffer, Hiut are also refreshingly honest about how they operate and it shines through in everything they do from yearbooks to email newsletters (neither of which ever feel like they are trying to sell you something).

As a result, I’ve remained engaged with the company since discovering them and know that the day I first put on a pair of their jeans is going to be an extremely happy one.

Most business are pretty secretive about what happens behind the scenes. Not so with the makers of social media management tool Buffer, who share every detail of their startup on their blog. (Its employers even know their colleague’s salaries and equity stakes). Read Inc’s interview with Buffer co-founder Theo Widrich and then their own blogwhich offers up a constant stream of productivity tips and lifestyle hacks to a now-huge audience. For me there is no single “storydoing” element to Buffer — the entire company is an exercise in storydoing.

Vulpine — stylish cycling, from the heart

When I went to interview Vulpine’s founder Nick Hussey and he regaled me a story about he had a gun put to his head whilst working in a club in Manchester, I realised that his cycling clothing company was going to be a bit different. Vulpine have been one of the success stories in the resurgence of British cycle style, with demand for their sharply tailored products always outpacing supply.By putting emotion at the heart of their social media output — by being socially native — Vulpine have formed an unusually strong bond with their customers: <blockquote>“Socially native businesses don’t sit down and devise a strategy for the use of social media. It’s just what they do. They share the ups and downs of starting a new business, their frustrations and accomplishments, successes and failures. In doing so they involve their customers, employees, partners and even their competitors in the story. We become active participants in their success (or otherwise). ”</blockquote>When you read the Vulpine blog, you are not just punted their products. Instead you find out what makes them tick, why they are so mad about bikes, in short, what makes them human. 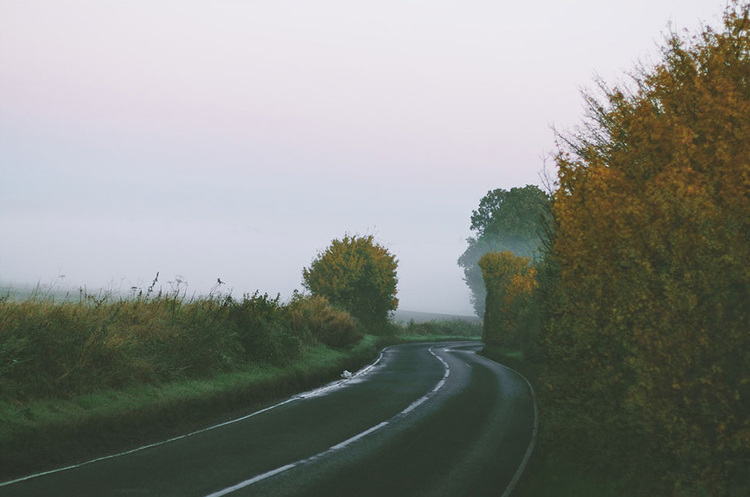 CycleLove — Why I cycled 100 miles to meet my first customer

If you’re a regular reader you’ll know that CycleLove is my own project… but that’s not going to stop me from including this example of storydoing… otherwise what’s the use in running two blogs. The story of how and why I rode so far to deliver a t-shirt has gone on to be one of the most popular blog posts I’ve written and was even featured on the front cover of Hacker Monthly (a print publication based on Hacker News).

What next for storydoing?

Whilst this is a useful checklist, I’m not much interested in how companies which are so unimaginative that they have to hire a PR consultant to promote themselves operate.But if you’re a tiny-to-small company looking for an exceptional way to reach out to new and existing customers, go and do some storydoing of your own as soon as you can.

Then (please) come back here and tell me how you got on.If your approach contains just a little bit more honesty and emotion than you’re comfortable with, you’re probably on the right track. And you might not ever need to put that sign on a door somewhere at your company that reads “Marketing Department”.

PS. There’s a book on this topic by a guy called Ty Montague which I haven’t read yet but sounds promising: True Story: How to Combine Story and Action to Transform Your Business.<ol class="ol1"> </ol>

« A freelance graphic designer’s survival guide I’m thinking of chewing off a limb. Is it a good idea? »