Small but not humble 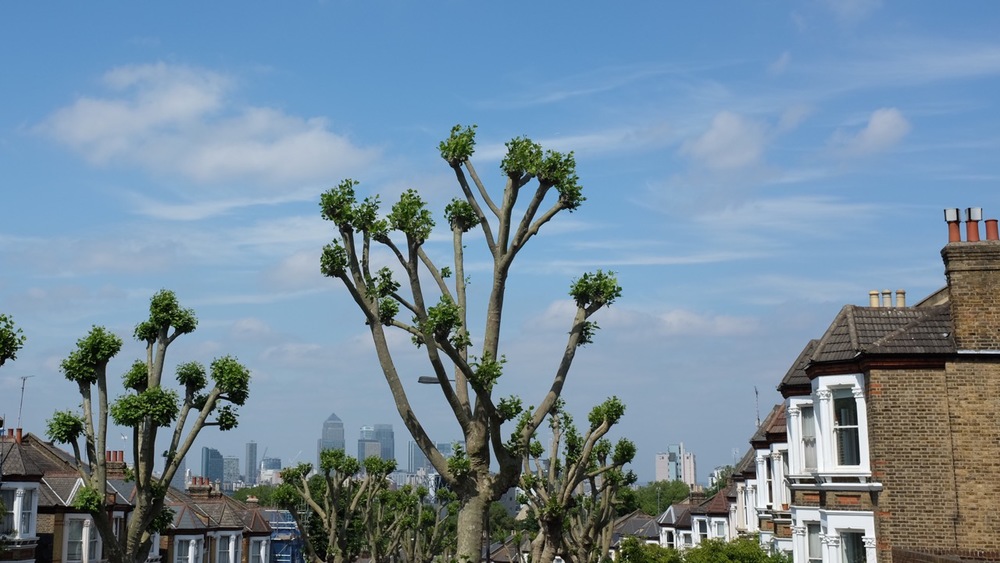 Whenever I walk home from my girlfriend’s, I’m struck by the size of the Canary Wharf skyscrapers which swing into view on my way down Telegraph Hill.

They’re so bloody big it’s hard to relate them to any human scale.

I did find one helpful statistic though: apparently the 4,000 lights on top of the main Canary Wharf tower costs £23,000 a year to run. Which is only a tad less than the average yearly salary here in the UK.

If they’re willing to spend that much on a purely decorational feature, I wonder how much is spent maintaining the building itself? Gazillions, no doubt.

Anyway, somehow gazing out over the office blocks makes me feel better about where I’m headed with my career.

When I was at school I didn’t really know what I wanted to do for a living, but I did make myself a promise that I wouldn’t do a job that required me to wear a suit and tie to work.

So if I’m in need of fresh air during the week, back up Telegraph Hill I’ll go, to stare at the skyscrapers across the river.

The hill got its name from a semaphore station built there in 1795, when a network of signalling stations strung out between hilltops was used to flash messages across the country. (Which is how news of Napoleon’s defeat at Waterloo reached London from Portsmouth). The station wasn’t around for long though, because the invention of the electrical telegraph made it obsolete less than fifty years later.

But given the choice, I’d rather built a network than a skyscraper.

As a self-employed freelancer, it feels like networks are the way work is headed. More and more people are leaving full-time jobs to become loosely connected nodes, neither tied down nor floating free.

The strength of the network depends as much on the quality of the connections as it does the individuals, and slowly, we’re joining the dots.

It’s been estimated that 40% of Americans will be freelance by 2020, and if the same holds true here in Europe, we’ll have reach a tipping point by then.

What will the brave new work of world beyond this point look like? Yes, robots will be doing more and more of the jobs done by people today. And yes, bosses will become an endangered species. But I don’t think anyone can say for sure what will happens when self-employment becomes the norm.

At the Small is Beautiful conference earlier this week, we sat down in groups to chew over the definition of the ‘small’ in small businesses, and ended up with as many questions as answers…

One thing was clear though: that big businesses don’t have the luxury of asking these questions in the first place. You can’t stand up in the board room and say “Um….”

A corporation is like an oil tanker, which takes five miles to come to a stop, and fifteen minutes to turn around.

Fuck that as a business model.

One of my luxuries is being able to hold up my hands and say “I don’t know”. And if I do change my mind about something, I can change direction instantly. I don’t have any shareholders to answer to, nor a boss.

It’s just me and my conscience.

For all the questions they raised, I did come away from the discussions with one mantra to hold onto. So much so that I scribbled it onto my hand for safe-keeping:

“Small does not equal humble”

It struck a chord with me because I have a habit of downplaying the impact of my writing. (Which is funny because it was precisely this potential to make an impact, and to directly help people, that pulled me away from being just a designer in the first place).

Now we have a network with connections everywhere, not just strung out across hilltops, there’s no limit to how far your idea can spread.

You can interview the President of the United States in your garage.. You can self-release an album and still beat Justin Timberlake into the charts. You can self-publish a book and see it turned into a Ridley Scott movie.

Focus on defining your objectives, on defining what matters to you, and worry about amplification later.

Relish being nimble. Relish the not-knowing.

But don’t underestimate the importance of your work.

Because being small doesn’t mean being humble.

Posted to Freelancing in 2015.

« Rebooting My Design Practice. Part 1: Positioning, Pricing and Networking How to untangle a guilty procrastination clusterfuck »