I’m going to start with the things that didn’t work out for me last year.

Not because I’m morbid, or because I’m British and don’t like to celebrate success — a habit that this country needs to shake itself out of — but… because it’s ok for things to go wrong.

You can gorge yourself with information about how other people have found success, but until you try things out for yourself and get comfortable with failure, the most likely result is brain-bloat. 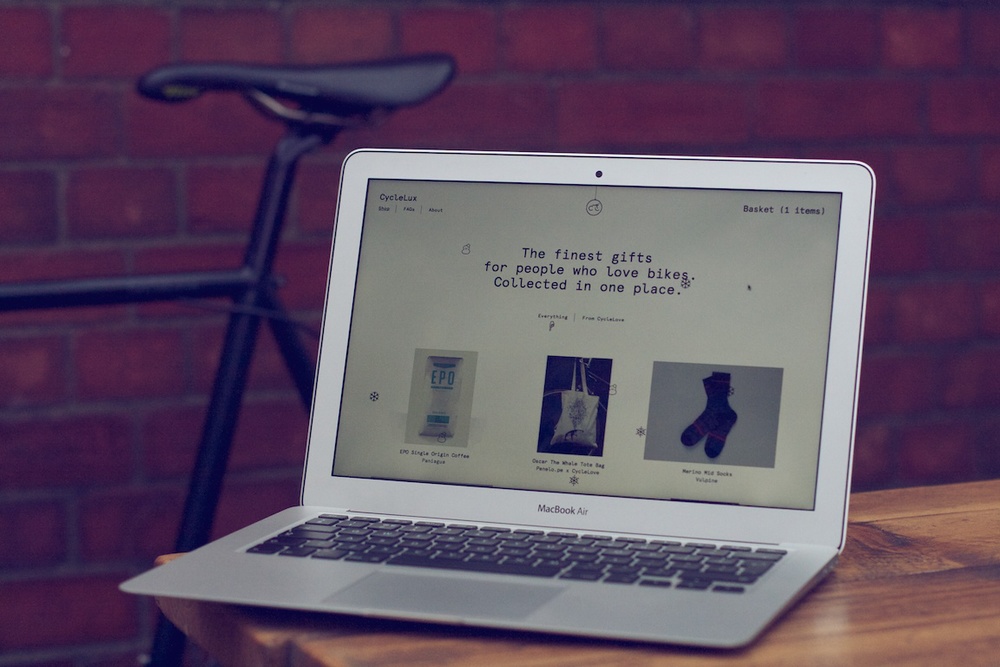 At the end of 2013 I launched a sister project to CycleLove with my friend Fiona, which we christened CycleLux. I’d sold a decent amount of CycleLove posters and tshirts in the first Christmas after starting the blog, so we thought we could build on this by launching a dedicated online store selling a wider range of products.

Due to a combination of factors which I’ll write more about once I’ve crunched the numbers, we didn’t shift as much product as we thought we would. Selling t-shirts online is no walk in the park, setting up a proper online store even less so. Stock, packaging, inventory, book keeping, postage, returns, and customer support… all plates to spin whilst designing and marketing the product itself.</p>

Not writing my unDesign book

There are lots of excuses I could give for this, but of them are valid.

I could claim to have been scared to do the interviews with the designers on my shortlist — but it wasn’t really fear of the primeval ‘this-is-actually-dangerous’ kind. I could claim not to have time — but I could have made time if I really wanted to. I could claim that I didn’t feel ready to write the book — even though I know that starting before you feel ready is the best way to push yourself forwards.

Another component of the unDesign project which didn’t materialise for similar reasons: a collaborative event exploring the future of the digital landscape for deisgners and journalists. This was shelved after several months of planning/procrastination.

Skipping my own birthday drinks

In January I arranged a joint birthday celebration with a friend whose birthday is within a week of my own. But the night before hand, and without planning to, I went out for a beer too many, and woke with one of those paranoid hangovers that puts stupid questions into your mind like “Do I have any friends? Are they going to turn up?”. (They did, and I imagine they were pretty pissed off that I didn’t. Something to make amends for this year).

Neglecting to keep a record of my successes

Because of the way the human brain works (we are wired to remember negative events in more detail than positive ones), it’s worth keeping a record of your victories each year, no matter how small they might be. A simple text list or draft email that you keep adding to will do the trick — anything that allows you to quickly update your list as the months progress. I didn’t do this in 2014, so instead I’ve just been searching back through my diary and emails to jog my memory, and this article is three weeks late as a result.

But that’s enough of the fuckups — now for some of the more enjoyable things that happened to me last year. 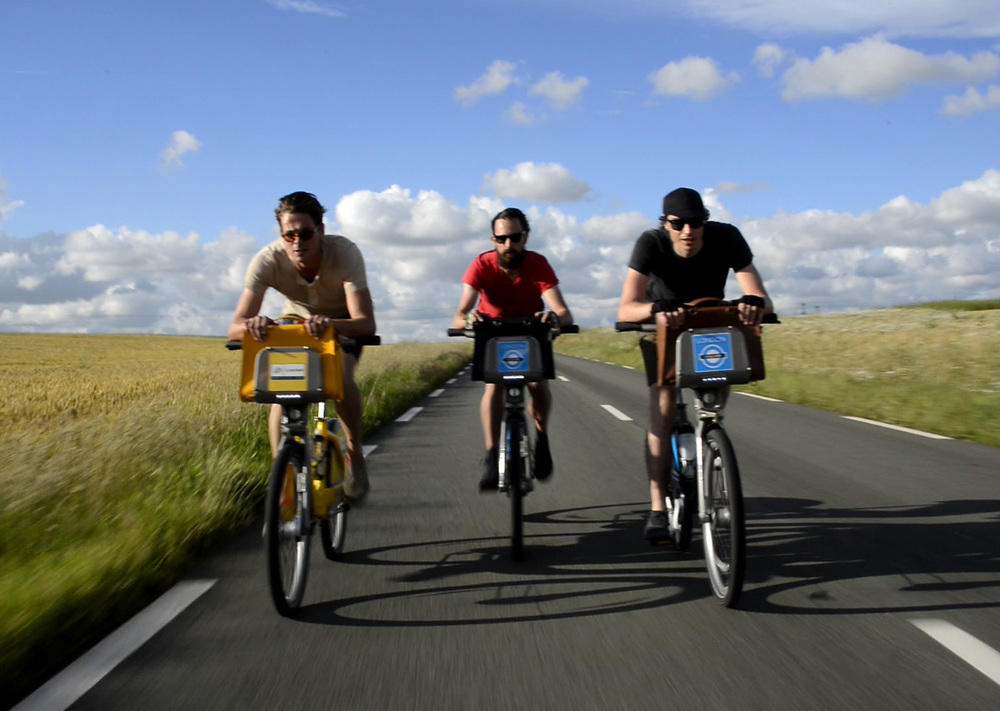 It’s easy to underestimate how much energy you’ve exerted on side projects because it’s spread all over the place in little bursts of energy. But because interest compounds over time, little and often can be a powerful way to make things happen. 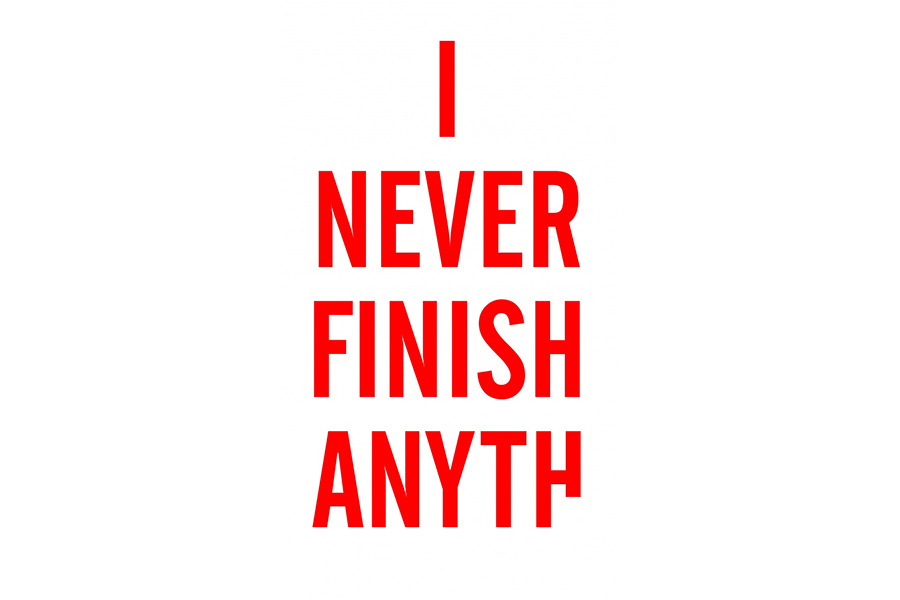 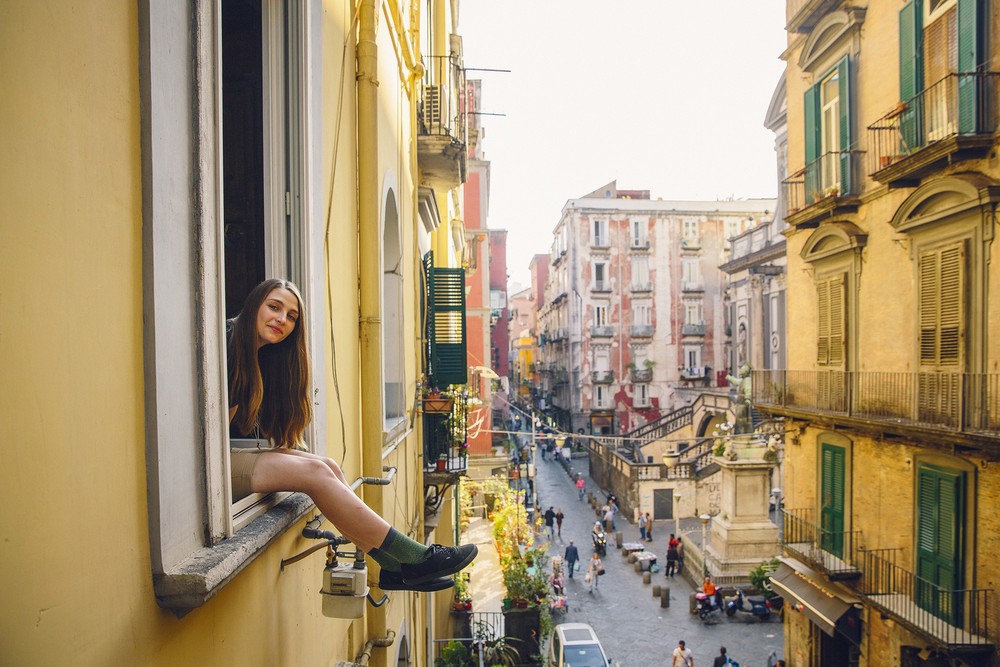 I designed and built a new Wordpress website for photographer Paul Calver, as well as several digital lookbooks for my favourite cycling startup Vulpine, designed a website for Borough and worked with new menswear brand NOMOI on their newsletter. (I was also the lead designer on a very cool iPhone app project which is still top secret).

It’s taken me a couple of years to find my stride as a freelance graphic designer, and 2014 was the year when things started to click into place in terms of earnings.

My largest freelance job to date kicked off in January, working with Prophet on the rebranding of a mobile network operator. The scale of the project only hit home when I was flown to another European city and back in the same day for a meeting. Everything is still hush hush on this, but I’m looking forward to sharing the outcome in 2015.

In October I moved out of my studio space at Creative Blocks in Haggerston, as I was now spending at least three days a week with my new favourite design studio MultiAdaptor. I’ve been working on an exciting project with them that involves conductive ink and Arduino boards, but agin it’s under wraps until later this year. Stay tuned…

Some things I've learnt about freelancing this year: 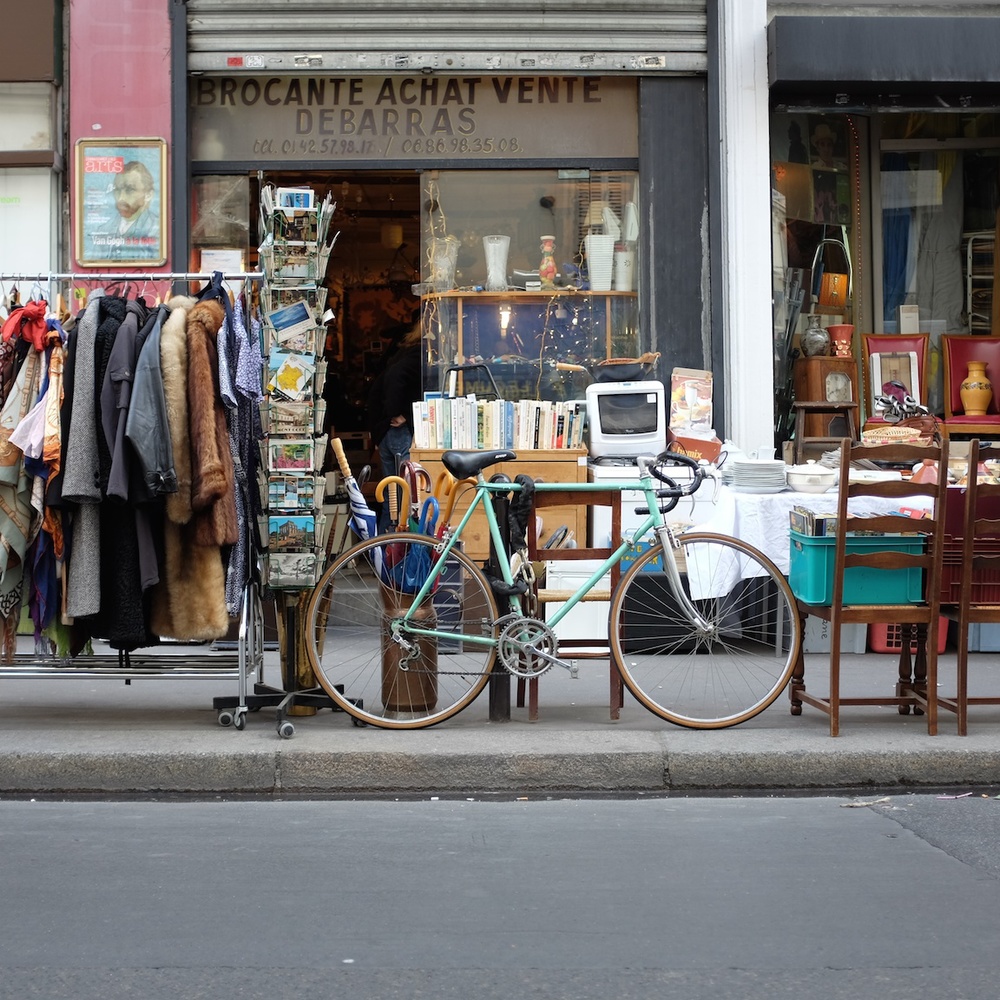 Paris was the city I visited most in 2014, once to splurge on coffee shops and restaurants, and twice as part of Tour de Cycle Hire. (We had to reshoot all of our footage from Paris due to a corrupted memory card; cue a 48 hour trip by van with the bikes, too much alcohol, and hardly any sleep). 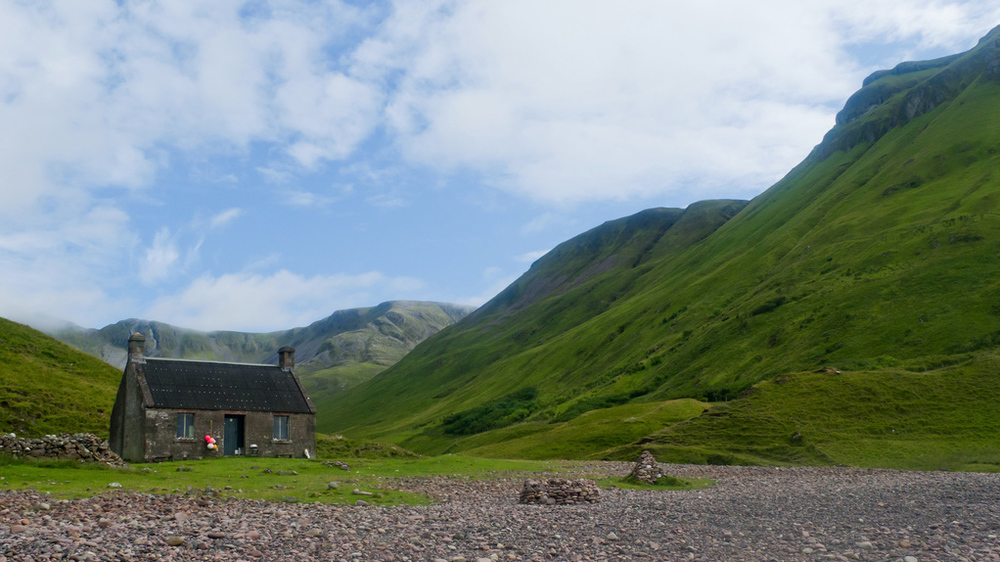 Once a year I head up to a remote corner of Scotland with friends for a hiking trip. We camp wild whenever possible, carry our food with us, and sample a different single malt whisky each night. This year the destination was the Isle of Rum. (I don’t have any photos of my own from this trip because I delibaretely left all my electronics at home). 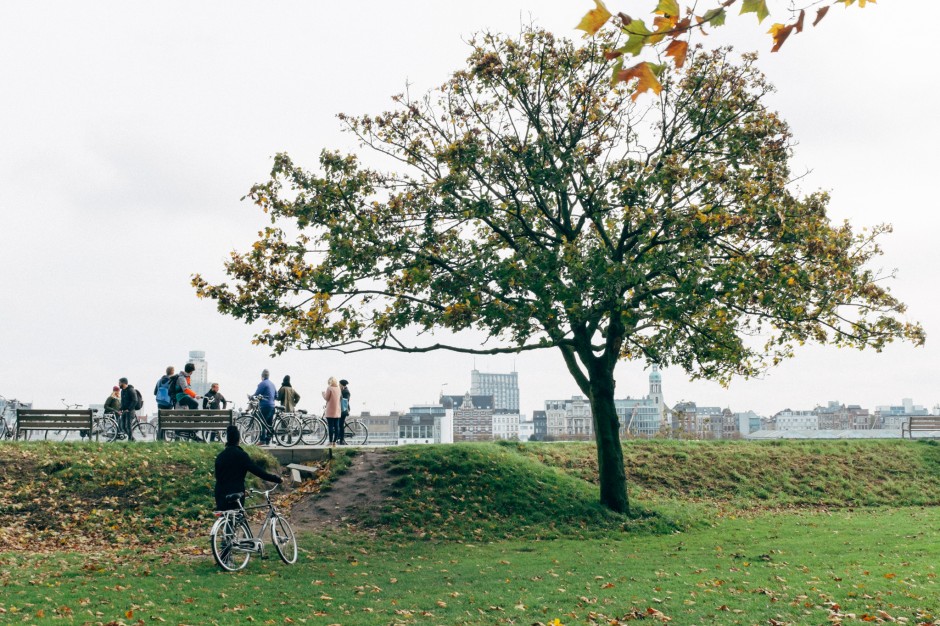 I spent a wonderful five days exploring Antwerp with a fine bunch of creative folk under the acronym of D.A.T.E — Discover Antwerp Through Experience. This was my first (and probably last) professional blogging trip via CycleLove, and the organisation and generosity of our hosts was jaw-dropping. Check out Hello Sandwich, Adrián Cano Franco’s beautiful Momentos blog and La Buena Vida for more photos from the trip. Takeaway: blogging can have its perks. 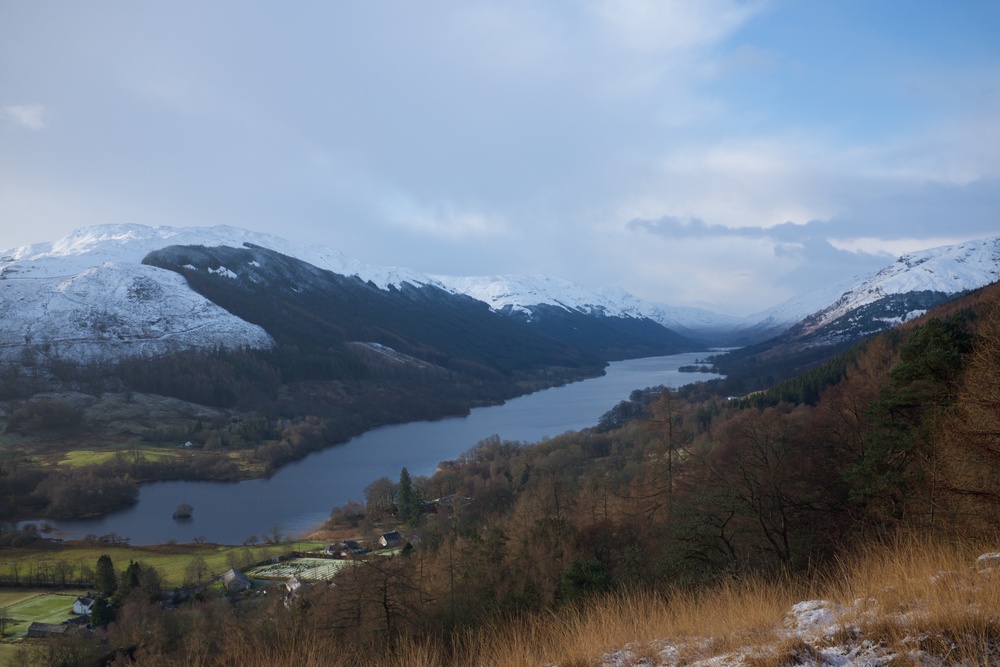 Looking down onto Loch Voil and Balquhidder

In December I headed back to Scotland, this time sleeping with a solid roof over my head and some incredible food in my belly courtesy of the Mhor 84 motel in Perthshire. There was another hike — with snow this time — and more whisky of course.

Objectives (not resolutions) for 2015

With thanks to Justin Jackson whose 2014 review informed the structure of this essay.

Ok. Enough about me.

« I’m giving up Twitter for a month. Let’s talk on the phone instead. We’re all kind of weird and twisted and drowning »