I’m sitting in a box, looking at a box, typing into a box.

Tomorrow, when I arrive at my work box, I’ll sit down to look at another box, where I’ll type more letters and numbers into more boxes, and send some of those boxes to other people’s boxes.

We are born into boxes. We live and work in boxes. Even in death, we’re put into boxes — and whether that box goes into fire or earth or sea or even into space — our final resting place is yet another box.

…Is it any wonder we yearn for somewhere without walls, for curves and dips, for treescapes and seascapes, for something more freeform?

I sent the above to a friend earlier, and got back an immediate response of “very dystopian James”.

Which is funny because I then went shopping with said friend, and proceeded to take the correct capitalist approach to ‘freedom’ by spending money on lots of shiny new things… that also come in boxes.

Anyway, so as not to put end your Sunday on a dystopian downer*, here are some ideas for escaping caged thinking…

However you do it, here’s to escaping your thought cage. 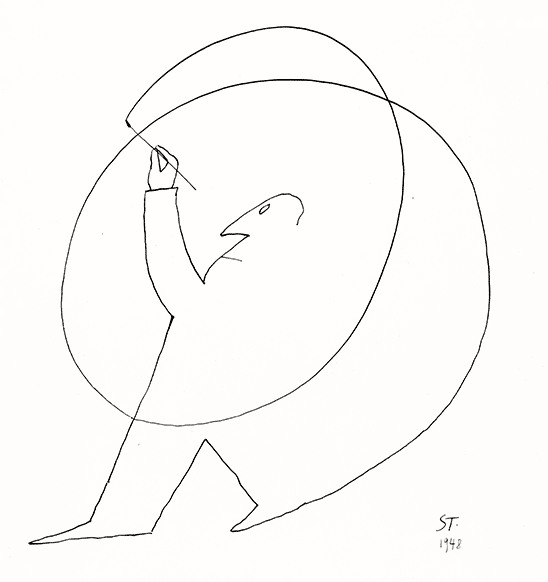 PS. Speaking of dystopian downers, have you watched Dark on Netflix? It’s a German sci-fi series and it’s probably the best television I’ve seen for years. I keep waking up in the middle of the night trying to figure out certain aspects of the show’s plot, and there’s an amazing soundtrack by Ben Frost too.

PPS. The drawing above is by one of my heroes — Saul Steinberg. Find out why at the end of my “Why you should write” article from a while back.